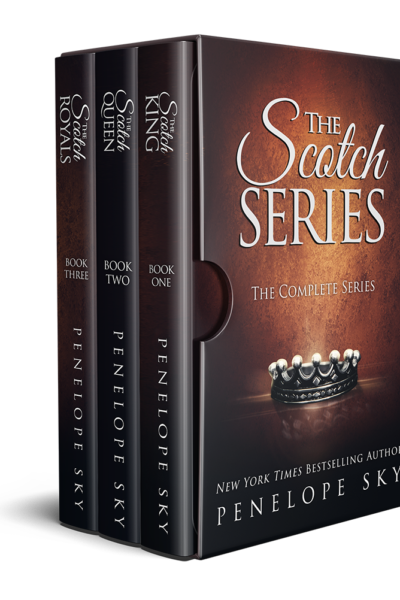 Get This Entire Series by New York Times bestselling author Penelope Sky for a LIMITED time.

Joseph Ingram made the mistake of stealing from me—four million dollars. He took my intelligence without paying for it. And thought he could get away with it.

But even when Joseph doubles the amount of money he owes me, I don’t give her up.

Nope. I have an image to maintain.

So I keep her.

And I’m not giving her up.

Amazon Reviewer
Read More
⭐⭐⭐⭐⭐ OMG THIS SERIES HAS IT ALL! I can't believe I haven't ever read anything from this author before. I have been reading for days now, unable to put the book down. It was unbelievable. I honestly can't say enough about this series. It is one of the most fantastic things I have read in ages. GET THIS BOOK! YOU WILL NOT BE DISAPPOINTED.
Amazon Reviewer
Read More
These books blew me away! This series had me on the edge of my seat! I read these books in one sitting each... I could not put them down. These are all strong characters with a lot to lose. Definitely, this book is recommended to all.
Goodreads Reviewer
Read More
Absolutely could not put down! This is the first series I've read in a while that kept me interested! I love the way Crewe and London’s love story was told! Definitely recommend this exciting read.
Goodreads Reviewer
Read More
I REALLY liked this series. Penelope is a new to me author and being a Scotch drinker I figured I would like this and boy did I. I have always loved the dark-hearted stories and this one fits the bill perfectly! I loved the way she developed the characters so you got a feel for their personalities and emotions and then how the relationship between the main characters builds and explodes. I highly recommend these books and look forward to reading many many more. She's now on my list of favorite authors
Previous
Next